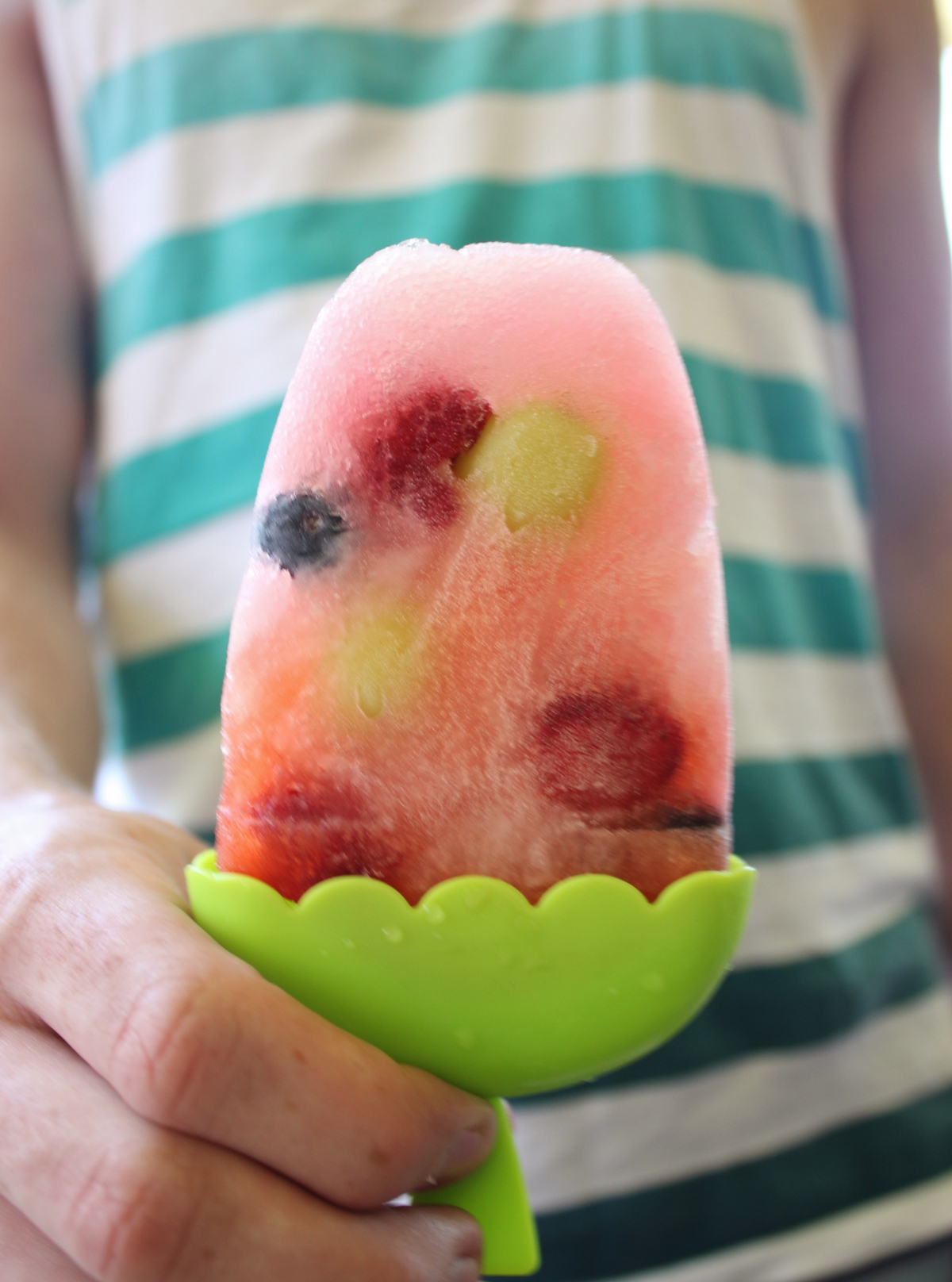 In keeping with my Australia-loving session (inspired by my recent trip to Cairns), I wanted to showcase a food that reminds me of my childhood.

Ice blocks. Iced lollies. Ice pops. Call them what you will, they’re a Summer favourite.

My mother used the same, primary-coloured ice block moulds for years. When it came to throwing them out (a move which was much protested by myself and my brothers), the stems of the moulds were so chewed and loved that they were no longer straight. 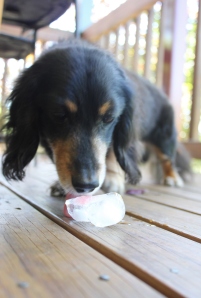 Oddly enough, I don’t remember the taste of the ice blocks as much as I do the experience of eating them. I think that she used to flavour them with cordial and lemonade, frozen berries and fresh Summer fruits; what I do remember, however, is that my brothers and I would run around the sprinkler in the backyard, chomping on these ice blocks like wild children. I remember that my younger brother fell over once and almost swallowed his stick – my older brother and I threw our ice blocks to the ground (that is true love!) and ran over to help him, laughing as we did.

I remember that there were four moulds and only three children, a fact which often lead to fights or sneak tactics to win mother’s affections (even though she was excruciatingly fair.)

So when I came across these small, humble ice block moulds when we were away in Cairns, I had to buy them! If you’ve got kids, buy some ice block moulds and make ice blocks, nothing beats a home-made ice block on a hot Summer’s day. Even Norman got in on the ice block action because it was so hot!

Before you start making this delicious memory, fill your moulds with water, then pour that water into a measuring jug and see how much liquid you’ll need. You may need to adjust your measurements to fit your moulds, unless they’re the same size as mine (about 75ml each.)

Put your sugar and water into a small saucepan and set over a low heat, stirring until the sugar has dissolved. Turn the heat up and rapidly bring it to a boil to reduce the mixture slightly. Remove from heat and set aside to cool. 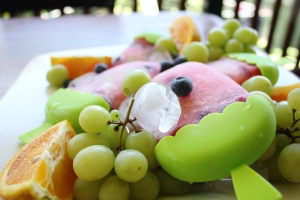 Juice your half a lemon and mix it with the lemonade. Add in the cooled sugar syrup.

Grab your moulds and pile them up with your frozen fruit. I used strawberries, blackberries, blueberries and raspberries… I also threw a few grapes in because everybody loves frozen grapes (myself included!) Try to let them tumble into the mould and wedge themselves in, rather than squashing them into a space – this way, you’ll have some gaps where there’s no fruit.

You need this gap for two reasons:

So don’t over-fill with fruit. My ¾ of a cup worked perfectly for my moulds, but if you think your moulds could fit more/less, follow your instinct as you’re filling them.

Pour your liquid mixture over the fruit and fix the lid of the ice block onto each of the moulds.

Freeze for at least four hours and serve!

For easy removal, run some hot water over the mould until you can work the ice blocks free.

*You can control the sugars and additives that go into this recipe, unlike regular store-bought ice blocks. If you don’t want to use ¼ cup of sugar, use less. Try using sugar-free lemonade, or using a natural sweetener if you’re worried about your child’s sugar intake.

This recipe was adapted from here