I have wanted to do a themed birthday party for a long time now. When I was given some adorable cupcake wrappers by Illume Design, I knew what my theme would be – DINOSAURS!!

I very rarely do manly posts. Without even thinking, I drift towards florals and polka dots and tea pots. Browsing through previous blog posts, one might suggest that I don’t actually own anything monochrome or beige. I promise that I do! In an effort to counter this slightly, I styled a dinosaur themed birthday party (which any boy OR girl would happily attend.)

Milo isn’t a very pretty food, but it is delicious, which is why I love it. The very fact that Milo is kind of bumpy and ugly means that it is perfectly suited to a dinosaur-y landscape. It also makes the cupcakes extra delicious.

You must excuse my lack of in-the-making photos, I was so keen to eat these little milo morsels that I forgot to take process photos. I have an almost-full tin of milo left, and will be making these cupcakes again, so will hopefully take some photos when I make them next.

Preheat your oven to 180° and grease your muffin tins.

Heat up your milk in the microwave until hot, then mix in the milo. You need to heat the milk, otherwise your milo may not mix dissolve properly. Set that to one side to cool.

Cream together your butter and sugar until pale. Add in the plain flour, bicarb and cocoa and mix until combined. Add in your milo mixture,  egg and sour cream, then mix thoroughly.  Spoon the mixture into your

Bake for 15 minutes. Check that they’re cooked by inserting a wooden skewer – if it comes out clean, they’re done. The cakes are meant to be soft and light, so make sure you don’t over-cook them.

Put your icing sugar in a large bowl. Melt your chocolate and pour it in onto the icing sugar, mixing as you go. The mixture will become thick at this point, so add in your thickened cream and mix until you have a thick, creamy icing. Slather on your cake in whatever fashion you like – my approach was pile it all on top and make it look sort of prehistoric and lumpy.

The icing is a great staple for your recipe collection. It has three ingredients and is very popular – so popular, in fact, that it was devoured by party goers before I had the chance to finish icing my cupcakes!! The cupcakes topped with M&Ms were decorated in this way because they were actually nude, robbed of their icing!

Serve with a glass of milk and plenty of dinosaur company. 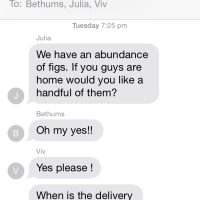