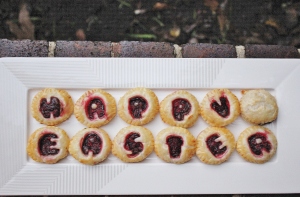 I don’t think it’s any secret that I love Nutella. It’s also pretty well documented that I love Easter. So in my mind, these little morsels are the perfect unison.

The fact that they’re puff pasty is just a bonus.

…and did I mention that they’re pretty speedy to whip up?

I feel as though I’m over-selling them slightly; try them, I promise they’ll live up to my hype!! 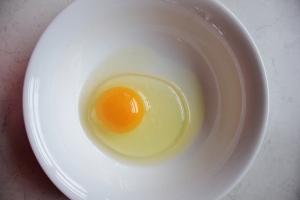 The Boy says these are the best things that I’ve made so far. I’ve been blogging for almost 12 months, and have accrued over 100 recipes – I think this verifies their deliciousness!

Also, unrelated to the deliciousness contained within these tiny pastry bites, check out the egg that I used in this recipe – it had a white within a white!! Has anyone else ever seen this? It was almost like part of the white had gelatin in it and had set, while other parts of it were left runny. So weird!

Get your raspberries and puff pastry out of the freezer. Allow them both to thaw. Mash your raspberries with a potato masher and leave them to thaw further. Drain the excess liquid off of the raspberry mush. 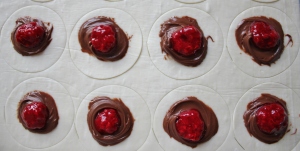 If you’re including letters, cut letters out of half of the lids and put the resulting letters to one side. I got my small letter cutters from House – you can buy them here. 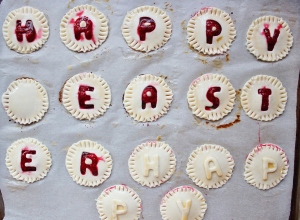 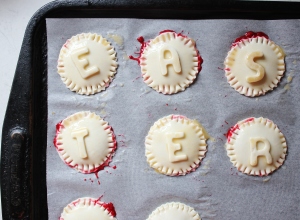 Grab a fork and press it all the way around the edges of the circles to seal them, then pop into the oven for 20 minutes.

Serve straight from the oven… watch out though, they retain some heat! 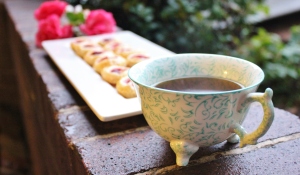 Another great thing about these little bite sized pieces of deliciousness is that they’re not season-specific, so you can change the lettering (or leave it off completely), thereby making them appropriate for any festive season!

I’m keen to do a blueberry and white chocolate version of these as well – let me know if you get a chance to experiment with the fillings! 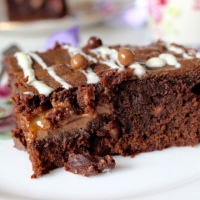 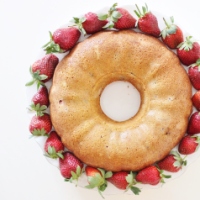