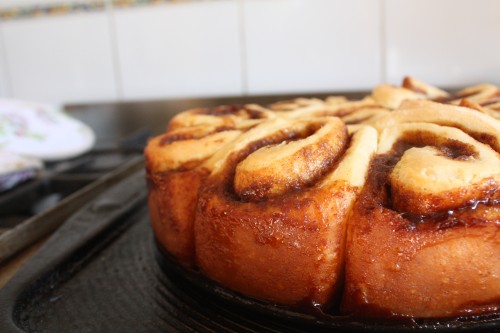 Ever wake up on a Sunday morning craving something super delicious, but can’t be bothered to put loads of effort into whipping up bacon and eggs or pancakes? This is your solution! It’s a little bit hard to resist eating the raw dough when it’s filled with cinnamon butter, but I promise you it is worth the wait. The whole process will take about 50 minutes to an hour to make it from hunger to plate.

I don’t even usually like cinnamon scrolls, I often think they’re too doughy or bland. These little beauties are soft and cinnamon-packed, with the perfect balance of dough and filling. Yum!

END_OF_DOCUMENT_TOKEN_TO_BE_REPLACED

The weekend just gone was fantastic. I ate too much, window-shopped and caught up on some reading, but most of all I enjoyed being in the country. I spent every Easter until I was about 15 at my cousins’ farm in Orange, so it has a special allure for me. There is so little going on there that you can see the Milky Way at night and you can’t see any neighbours! People are friendlier, the air is cleaner and I swear the sky is bluer there. 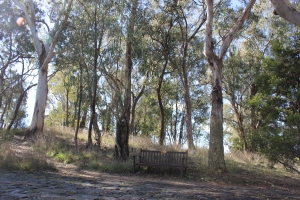 The farm has always just been “the Farm” to me. As though it was the only one in existence, like no other farms could live up to the one that my cousins owned. It is expansive and beautiful in its own rugged way. It was greener than I’ve seen it in the past, which was good for the cows and my photo shoot! Said cows took a keen interest in the picnic photo shoot.

I used my brownie recipe posted previously (which is an adaptation of a Donna Hay brownie and a Gordon Ramsay  brownie), I just baked it in jars and topped it with strawberries and Milky Way infused cream. I’m still perfecting the consistency of the Milky Way cream, I’ll post that recipe up soon.

My mother darling’s fantastic new bag featured in this shoot. She bought it without knowing that I had planned a picnic-themed photo shoot! She hadn’t used it once and she still let me take it away for the weekend. And I bought super cute picnic spoons – feel free to admire them! 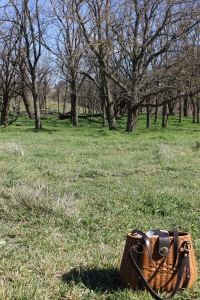 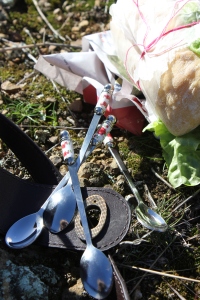 There was also Bentley. The photos don’t do his character justice. He came to live on the farm after Snag, guardian sausage dog of the farm died. Bentley is a tiny sausage of energy, affection and adventure. He wouldn’t stay still long enough for me to get a good photo! 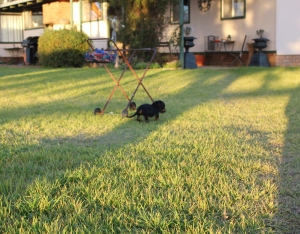 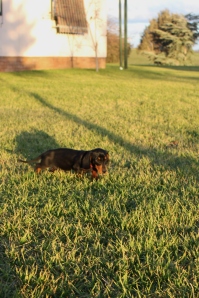 There was a cow traffic jam which made me laugh. I was like the ultimate tourist as we drove through it. It reminded me how country life moves at a different pace. We took our time getting past them, willing them to not run in front of the car and ruin our planned trip to find delicious food. 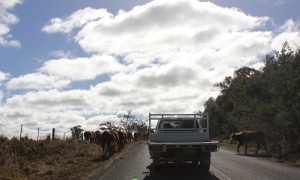 I baked a few things, but mostly enjoyed food made by local cafes and restaurants or by my relatives. We visited the Old Mill Café, which was fantastic (both the conversation and the food) and bought some locally-sourced products from A Slice of Orange, which I’ll use in the blog in the coming weeks. 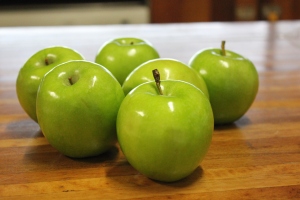