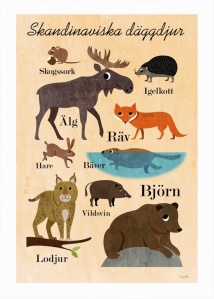 I’ve been having a bit of a Sweden-athon recently. My Pinterest is filling up with with beautiful, dramatic landscapes and gorgeous Scandinavian design… and I’m stuck indoors working as the Sydney gets gloomier by the day.

All of this pinning is dangerous, it’s making me yearn for a country that I’ve never even been to. It’s on my bucket list, because I’ve only heard amazing things about Sweden. For the moment, however, I have to make do with my own little Swedish baked goods and eat my wanderlust into submission.

I’ve never eaten one of these biscuits before, so I’m hesitant to call them chokladbiskvier (which I’m lead to believe just means chocolate biscuit), so I’m just going to call them honey choc tops. But they were inspired by a Swedish chokladbiskvier that I found in an old cooking magazine. The base is gluten free, and as long as you got hold of some good gluten free choccie, these biscuits would be an impressive gluten free option.

Anyone tried a real chokladbiskvier? Let me know if you have! Also, what other Swedish goodies should I try?

Whisk your egg whites and honey together on medium for two minutes. I used a gorgeous Tasmanian honey, which was super floral and not sickly sweet, which complemented the chocolate beautifully. Any old honey will do, though!

Add in your almond meal and coconut and mix until combined. Don’t over-mix, you don’t want to flatten your egg whites. When all is mixed, grab a tablespoon and gently shape each spoonful of mixture into a mound. It doesn’t matter if they’re perfect, the topping and butter cream will hide most sins.

Pop them in the oven for 10-12 minutes, being careful that they don’t overcook. The bottoms of these little biccies will brown fairly easily, so keep an eye on them.

Whip them out of the oven and set them aside to cool. Don’t worry if they don’t seem firm, as they cool, they’ll harden slightly.

As the biccies are cooling, make a start on your buttercream. Whip the egg yolks until nice and smooth (this should only take 20 seconds or so), and cube your butter. Add the cubes slowly, allowing them to incorporate into the mixture with each addition. When you’ve got a beautiful, pastel orange mixture, add in the brown sugar and cocoa. Mix this slowly, as the cocoa will try to leap out of the bowl if you mix it too fast. Mix until everything is well combined.

Take a pallet knife and spread a generous heap of buttercream onto the top of one of your cooled biscuits. Work it into a cone(so that the biscuits look like they’re wearing party hats), or into a mound if you’re having trouble with the pointiness. Set it on a plate and repeat until finished. 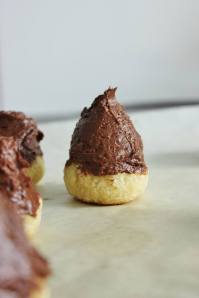 If the buttercream is a little too sloppy to shape, pop it in the fridge briefly to firm it up.

Once you’ve sculpted all of your edible masterpieces, pop them in the fridge to allow the buttercream to set for 10-15 minutes.

Once they’re set, melt your chocolate and dip your biscuits into the mixture, covering the buttercream.

Set them back on the plate and return them to the fridge until the chocolate top has hardened (about 15 minutes.) 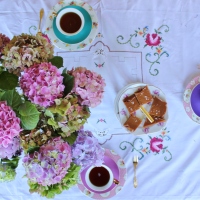