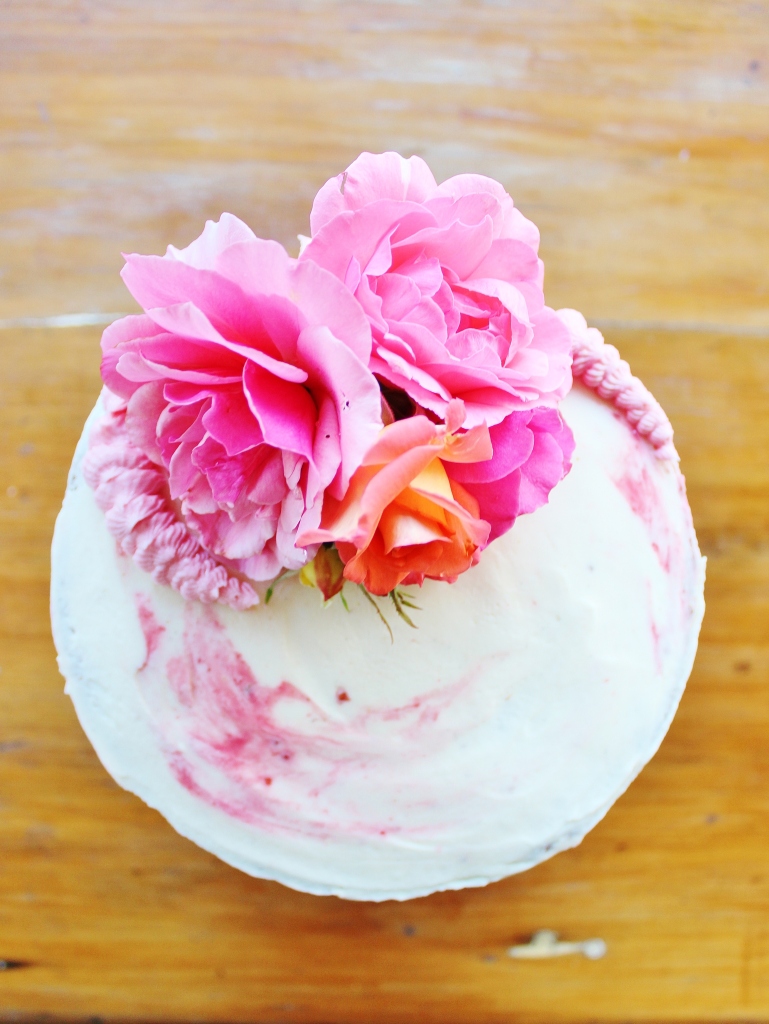 Cakes covered in real flowers are awesome. Naked cakes are super popular at the moment, and with those rustic, cutesy cakes have come flowers – big, small, pastel, bold, spiky, flowing…you get the point. Combining delicious cake with gorgeous flowers is a glorious idea, but the concept can seem foreign to some people, so I’ve put together some tips to help you take your cake to the next level.

Most of these steps are aimed at making sure that your flowers are safe to be placed on a cake – you don’t want nasties getting on your beautiful cake.

END_OF_DOCUMENT_TOKEN_TO_BE_REPLACED 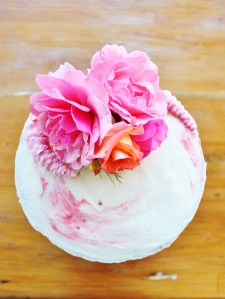 A little bit of gratitude goes a long way. I deal with lots of people through Baking with Gab, and I love that it puts me in contact with amazing, creative, kind people. Like Bianca from Communicake It, or Meredith from DeeDub Designs, or the lovely duo from TTotaler.

I strive to be positive and pleasant in all of the dealings with people who come into contact with the blog (and even those who don’t!) It’s just good practice. END_OF_DOCUMENT_TOKEN_TO_BE_REPLACED 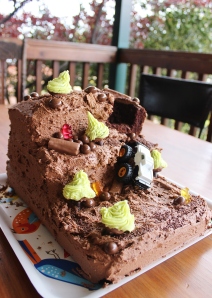 It was The Boy’s birthday on Friday and all he asked for was an “epic cake.” I always make him a birthday cake, so that was no big deal, but having it prefixed with the word epic made the task slightly more daunting.

I love baking, but presentation isn’t always my strongest point – I value taste over looks!

The Boy is a big fan of 4WDing (and I’ve played dutiful partner and tagged along before), so I decided to give him a 4WD themed cake. In the end it wasn’t hard, we just ended up with massive amounts of cake. Like, three tiers of cake. I know what I’ll be eating for the next week… END_OF_DOCUMENT_TOKEN_TO_BE_REPLACED

During the week it was a friend’s birthday. Danah is tiny, but has an insatiable appetite for sweet things – she eats like a fat person, but never shows it! As a fat skinny person, one of her favourite things in the entire world is Red Bull. When I asked her what kind of cake she’d like, she said a dessert based around Red Bull.

You can imagine my face – it was something like this =S

But then I thought it might not be too crazy an idea. I’d heard of cola cakes before, which are apparently moist and delicious, but Red Bull? For those of you unacquainted with it, Red Bull is an energy drink which is weirdly sweet and sour at the same time…kind of like drinking sour gummy worms. It’s a toxic-looking, intense yellow liquid that should only be consumed (in my opinion) when you require a ridiculous hit of sugar.

I had reservations about putting it in the cake, but I’m glad I did. 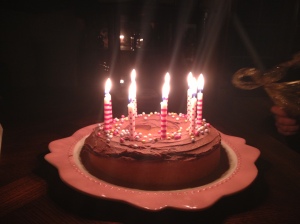 It made a thick but well aerated cake that was surprisingly floral in taste. The sourness of the energy drink was taken away in the baking process, leaving a delicate sweetness to the cake which is unlike any other I’ve tasted before. I thought the Red Bull would overwhelm the cake, so I made a heavy chocolate icing in case the taste needed masking! Next time I would serve the cake with a dusting of icing sugar and cream, or with an orange syrup drizzled over the top.

I am thoroughly impressed. And utterly surprised.

Preheat oven to 180 degrees. Grease your cake tin and line the base with a circle of baking paper.

Mix the butter and sugar together until pale and creamy. Add in the vanilla and bicarb, followed by the eggs. The mixture will be pretty sloppy at the moment, so add half of your flour and give it a good mix. Add ¼ cup of Red Bull, the final cup of flour and then the final cup of red bull, stirring in between each addition. The cake batter will smell very strongly of Red Bull, and I don’t advise eating the batter (which is unusual for me), but persevere, it can only go uphill from here! 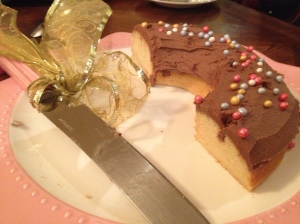 This cake was intentionally flat so that it resembled a doughnut, but you could add another teaspoon of bicarb to give it some height.

The final product was perfect for Danah, a  fat skinny person’s dream!

To create a cake exactly like the one pictured, top with a chocolate buttercream and soft sugar pearls (try them, they’re great!) or experiment with other syrups/icings – tell me what you think! 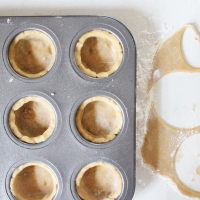 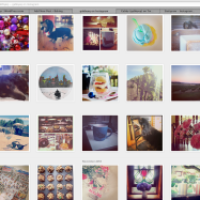